Well, the first thing I need to state off saying is each deck should fit to each specific player's preference, whether the player likes something fast, something slow, or something in the middle.

The first thing we'll start off with is fast decks. The way you build these kinds of decks is you have to understand how each card within the deck works together and add cards that you feel could work better with others. You have to be able to put cards within each deck that can combo with one another, ones that can work very well with one another. A simple example of cards working well together is Lightsworns and Shaddolls. Lightsworns send the top cards of your deck to the grave which in turn activates the effects of Shaddoll monsters. Each card in the deck has to have this capability; the ability to cooperate with one another and be able to deal with monsters while being aggressive to the opponent's life points. Aggressive decks also require some way of dealing with spells and traps that would otherwise hinder what your deck is trying to accomplish; a fast and easy win. You have to play cards that can drastically hurt spells and traps set and face-up on the field. Cards including are Mystical Space Typhoon, Night Beam ( Which is a personal favorite of mine which makes the targeted card unable to be chained to Night Beam. ), Trap Stun, Wiretap, and Royal Decree. Play ones according to the type of deck being played.


Slow and/or Anti-Meta decks is the next subject. The way you build these decks is you have to play a vast majority of spells and traps that do the opposite of what aggressive decks do. You have to be able to hinder and/or stop the other player from achieving what they want to do; an OTK or a fast win. Most Anti-Meta decks play a lot of traps to deal with monsters that would otherwise kill you fairly quickly. Examples of this are Fiendish Chain/Breakthrough Skill, Mirror Force/Dimensional Prison, Torrential Tribute, Solemn Warning, Bottomless Trap Hole, Vanity's Emptiness, Macro Cosmos, Compulsory Escape Device, and Ring of Destruction. Slow/Anti-Meta decks should or need to play monsters that benefit the player's card advantage rather than just try to get in for damage. Smaller monsters with better effects tend to fit into this category, though some monsters have high attack and good effects. Examples of monsters that should be played in Anti-Meta decks are Trap Trix Myrmeleo, Fire/Ice Hand, Thunder King Rai-Oh, Doomcalibur Knight, Neo-spacian Grandmole, Swift Scarecrow ( Which can and will stop attacks and stop death ), Fossil Dyna, and Banisher of the Radiance. These monsters won't be very common in your deck, since the majority of the deck will be spells and traps. So, you should play cards that can make them more accessible and cards that can protect these monsters. Cards like this would be Forbidden Lance, Wiretap, Pot of Duality, Upstart Goblin, (To protect them from monsters and for mass board removal) Raigeki and Dark Hole. These are essential for you winning the game because you don't know when you'll draw another monster.


A deck that is in the middle balances out how much monster removal it has in the deck and how aggressive the deck can and will be. Decks like this can include Yosenjus, Geargia, Gadget Variants, Satellarknight Variants, and decks similar. These decks tend to be archetype decks that will work within their own effects and balance each other out. The player playing this deck will remove monsters from the field and attack for masses of damage but will tend not to win in one or two turns. These decks care less for protecting monsters because they're plentiful in the deck, similar to aggressive decks but not to the same extent. These decks rely more on disruption, such as stopping your opponent for one or two turns before regaining control of the duel. Cards in this deck include effect negation (Fiendish Chain, Breakthrough Skill, and Effect Veiler). They also play cards that tend to make your opponent want to stop what they're trying to do, such as Flying "C" or Maxx "C" or D.D. Crow. Balanced decks still rely on backrow removal to advance their gamestate, so it's still highly advised to play Mystical Space Typhoon, Night Beam, Trap Stun, or Wiretap. These decks tend to lock the duel at one point so that the duel is no longer able to be played by the opposite player, heavily disrupting. Balanced decks play larger monsters than Anti-Meta and slow decks but they don't spam the field nearly as much as aggressive decks. This deck is least susceptible to any form of disruption because it is balanced with monsters and spells/traps. This deck will also play Upstart Goblin and possible Cardcar D for advancing one's boardstate.


I hope any of these lessons help. I can't really give any advise on building Exodia or Burn because everyone knows the purpose of those decks. 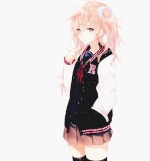 Very well done Yin Senpai, couldn't have done it better myself! i look forward to reading more of your lessons and doing your homework so that i may be an equal to you one day and you will notice me