Hello duelists of SDA! My name is Yami Marik Ishtar. I am an experienced GFX artist as well as a CSS Coder for Forumotion. I have a colorful background with academies, all of which I seem to have died out. I commend you on your structure and your fuel to survive in the era of dead academies. I'm currently in a clan called [TheOld]. It's rather new, but it has a ton of fun, talented, respectful, and fun loving duelists. Now a little about my history and future plans for here and in life. I am a retired tournament duelist at the local video store. The game just sorta died here. After pendulums came out and I consistently got trashed, I lost my desire to play. I had actually retired from dueling all together. One day, I was bored and got on DN and watch one of my friends come up with one the craziest deck themes, which is so colorfully named "Spellbook Galaxy Shaddolls". Which inspired the deck that brought me back. Galaxy Hieratics. Which, I might add, preformed an FTK on it's debut. As far as my activity on this academy, I'll try my best. I'll help where I can with whatever I can. Just keep in mind that I'll be leaving soon. If you haven't read my profile yet, then you wouldn't know this part. I'm currently preparing to enlist myself into the Army National Guard 31b Military Police, which is 4 1/2 months of basic training. For those of you who like day by day examples, that's 140 days of inactivity. So, I won't get too comfortable with things. That's all I really have to say here. Probably one of the longest introductions I've ever written, but I love to write. If you have any questions, ask me. I'm an open book.

really nice 2 have u here yami! hope ur training goes well! no worries we at the academy will welcome you at any time 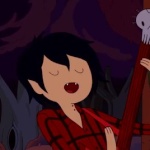 Well, the FTK with that deck was completely random and un-planned. The hand as well as my opponents field set up made it possible. From the basics that I CAN teach you, you need to find corresponding cards that can fit well together, even if it's a regular arch type then adjusting it later on, just so you can get a feel of its regular engine. You need to know the engines of all the decks you intend to correspond together. For example, Lightsworns have a great mill engine. Adding in cards that have a "if this card is sent to the graveyard by a card effect" effects, such as Shaddolls, make 2 entirely different decks into one powerful deck, which also adds room for other powerhouse monsters, such as BLS and Chaos Sorcerer. As you progress, more cards will appear and encourage you to use them. The possibilities are endless. All you need to do is think of the impossible and make it possible. A difficult task, but that's what constructive criticism is for. I hope this helps.