Apparently admin applications here are a popular thing so why the hell not leave one myself?

Why do I want to be an admin/head? Because this place is rather active and it seems there is not always a staff member active in chat. Granted I wouldn't be here ALL the time but I could be active for a better part of the day. Why would I need to be an admin you ask? why not just a mod? Few reasons: one, the added authority can be very beneficial if the need to use it arises, second, there are already a number of mods, but very few admins balancing that out a bit more would be good.

Why am I suitable? I've honestly lost count of the number of acads I've been an admin on at around 25+ and I tend to uphold the rules all the time. Gets me in trouble every now and then when I ban someone the owners were friends with but really, don't make rules if they don't apply to everyone.


Activity: All day every day barring Tuesday and Wednesday evenings and Saturday afternoons and other unscheduled events

The role of an admin is to enforce rules but be fair about it, similar to DN. If someone need to be banned they are banned for a set time, and when unbanned that is simply the end of it unless they commit yet another offense. Admins should abide by their rules to set an example and not make ridiculous rules examples of such being "no swearing" alright, this is the internet, even the youngest kids here have heard all the words. Wording that as "no excessive cursing" is much better. The admin should also grant some leniency to the rules lest they become a tyrant and drive members away. Stuff like that, I'd go on but I'm not one for typing much.


The last bit about how to use the admin panel, well I would think based on the number of different places I've had access to that panel it's pretty clear I know it like the back of my hand.


And yes, I realize I'm an affiliate, probably due to the fact I joined asked if I was from YZA and was placed under affiliates after answering affirmatively. On the off chance this application would otherwise be accepted I would gladly take a test and become a "normal" member here. If it wouldn't be accepted I think I'll keep the purple. 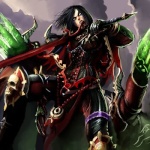