DDD Totou Kaichiou Caesar Ragnarok / D/D/D Wave Oblivion Overlord Caesar Ragnarok
Dark Fiend / Fusion / Effect
LV10 3200/3000
2 “D/D/D” monsters
(1) Once per turn, when an attack is declared in a battle involving this card: You can target 1 other “D/D” card or “Covenant” card you control; return it to the hand, and if you do, equip 1 face-up monster your opponent controls to this card, except the monster this card is battling. (2) This card gains ATK equal to the combined original ATK of all monsters equipped to it by its own effect. DDD Sougyouou Kali Yuga / D/D/D Twin Founding Overlord Kali Yuga
Dark Fiend / Xyz / Effect
RK8 3500/3000
2 Level 8 “D/D” monsters
(1) During the turn this card is Xyz Summoned, all other card or effects on the field cannot be activated, and their effects are negated. (2) Once per turn, during either player’s turn: You can detach 1 Xyz Material from this card; destroy all Spell/Trap Cards on the field. (3) You can detach 1 Xyz Material from this card, then target 1 “Covenant” Spell/Trap Card in your Graveyard; Set it to your side of the field.

You can only use each effect of “Odd-Eyes Vortex Dragon” once per turn. (1) When this card is Special Summoned: You can target 1 face-up Attack Position monster your opponent controls; return it to the hand. (2) When a monster effect, or a Spell/Trap Card is activated, other than this card’s effect: You can shuffle 1 face-up Pendulum Monster from your Extra Deck into your Deck, and if you do, negate that activation, and if you do that, destroy it.

Odd-Eyes Fusion
You can only activate 1 “Odd-Eyes Fusion” per turn. Fusion Summon 1 Dragon-Type Fusion Monster from your Extra Deck by using monsters you control or have in your hand as the Fusion Materials. If your opponent controls 2 or more monsters while you control no monsters, you can also use up to 2 “Odd-Eyes” monsters from your Extra Deck as the Fusion Materials. 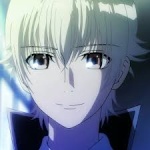 D/D/D getting some new toys meh