Solaire Duel Academy!  :: RP Forums :: Spirits Of The Ages :: The Lights of Paris

Cyan blue waves whipped in the wind untamed even by the cruel fate of nature and the state of the world. A rather short girl stood atop a mountain born and raised in Paris France. Dressed perfect for the times that she had to face, dark brown leather pants with black combat boots. Her top was a simple white tank top with a brown leather suede jacket on top a small scarf wrapped around her neck, a small necklace disappeared in the scarf. The weather was still a bit chilly. Her fingers were covered in gloves, for being on a high mountain she didn’t want to get frost bite.
“V-Verin!” A younger girl shouted out tearing Verin from her thoughts. The named whipped her head around to reveal bright blue eyes that sparkled as if diamonds themselves resided in them. Seeing who it was that called her name her soft pink lips curled up into a smile.
“Victoria, what’s up?” The much smaller girl who looked to be almost 10 gasped for breath stood in front of her older sister. She also had light cyan hair that was pulled into two pony tails and she was dressed in warm clothing. “Everyone is heading back! C’mon we’ll be late for the gathering.”
“Oh right!”Verin picked up her pales of water and smiled at her sister struggled to carry her own pale of water.
Walking somewhat behind the group Victoria once again cut through Verin’s thoughts. “Hey sis do you think daddy will come back today?” Verin looked down surprised by the random question, “Well they did leave three days ago so yeah they should be back by now…”
She paused and felt Victoria bump into her and give her a knowing look. “And Gunji too, eh?” Verin’s cheeks brightened a bit as she averted eyes with her sister. “Y-yeah I want everyone to come home Victoria…” Her little devious sister giggled running ahead.

Reaching the corner of the town she saw a bunch of commotion towards the center of the village, raising a brow she knelt down running her fingers through her little sister’s hair. “Hey, go head home and get a shower I’ll be right there…” Victoria nodded and ran off.
Verin picked up her sisters half empty pale of water and walked further into town dropping off the water at the water distribution section. Still curious on the commotion she headed over pushing through older people and even kids.
Reaching the clearing she saw… “Gunji!” Her eyes widened as she saw him dripping in blood being assisted by two nurses as they carried him through town to the infirmary. She pushed people out of the way more aggressively walking towards him and looking behind them towards were the others had left. “Gunji! Gu-“ She was cut off by seeing his golden eyes stare into hers and her heart struck in pain she knew that look. She saw it, what he had seen the battle the blood. Stopping dead center people passed and shoved right past her… 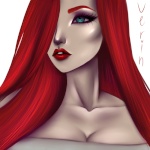 Solaire Duel Academy!  :: RP Forums :: Spirits Of The Ages :: The Lights of Paris