Red-Eyes Flare Metal Dragon
Dark/Dragon/R7/ATK2800/DEF2400 - Xyz
2 Level 7 monsters
(1) This card with Xyz Materials cannot be destroyed by card effects.
(2) While this card has Xyz Materials, inflict 500 damage to your opponent each time your opponent activates a card or effect.
(3) Once per turn, during either player’s turn: You can detach 1 Xyz Material from this card, then target 1 “Red-Eyes” Normal Monster in your Graveyard; Special Summon it.

Toon Cyber Dragon
Light/Machine/5*/ATK2100/DEF1600 - Toon
(1) If the opponent controls a monster and you control no monsters, you can Special Summon this card (from your hand). This card cannot attack during the turn in which it is Summoned. If you control “Toon World” and the opponent does not control any Toon monsters, this card can attack your opponent directly.

Toon Kingdom
Field Spell Card
(1) When this card resolves, banish the top 3 cards of your Deck face-down.
(2) This face-up card is treated as “Toon World”.
(3) Toon Monsters you control cannot be targeted by your opponent’s card effects.
(4) If a Toon Monster(s) you control would be destroyed by battle or effect, you can banish 1 card from the top of your Deck face-down instead for each monster that would be destroyed.

Aromage – Bergamot
Fire/Plant/6*/ATK2400/DEF1800
(1) If your LP is higher than your opponent’s, all Plant-Type monsters you control inflict piercing battle damage if they attack a Defense Position monster.
(2) Once per turn, if you gain LP: This card gains 1000 ATK and DEF until the end of your opponent’s turn.

Aromage – Rosemary
Water/Plant/4*/ATK1800/DEF700
(1) If your LP is higher than your opponent’s LP, when Plant-Type monsters you control battle the opponent cannot activate monster effects until the End of the Damage Step.
(2) Once per turn, if you gain LP: target 1 face-up monster on the field: Change that monster’s Battle Position.

D/D/D Oracle Overlord D’Arc
Dark/Fiend/7*/ATK2800/DEF2000 - Fusion
2 “D/D” monsters
(1) While this card is face-up, card effects that would inflict damage to your instead makes you gain that LP.

D/D Pandora
Dark/Fiend/5*/ATK1700/DEF2100
(1) When this card is destroyed by battle or your opponent’s card effect and sent to the Graveyard while you control no cards: You can draw 2 cards.

D/D/D Sniper Overlord Tell
Dark/Fiend/R5/ATK2300/DEF2000 - Xyz
2 Level 5 monsters
You can also Xyz Summon this card by using a Rank 4 “D/D/D” Xyz Monster you control as the Xyz Material. (Xyz Materials attached to that monster also become Xyz Materials on this card.)
(1) Once, during a turn in which you have taken effect damage: You can detach 1 Xyz material from this card to target 1 face-up monster on the field; it loses 1000 ATK and DEF, and if it does, the opponent takes 1000 damage (This is a Quick Effect).
(2) If this card is sent from the field to the Graveyard: You can send 1 “D/D” or “Covenant” card from your Deck to the Graveyard.

I CAN'T WAIT FOR THE NEW RED-EYES SUPPORT 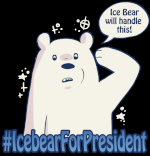